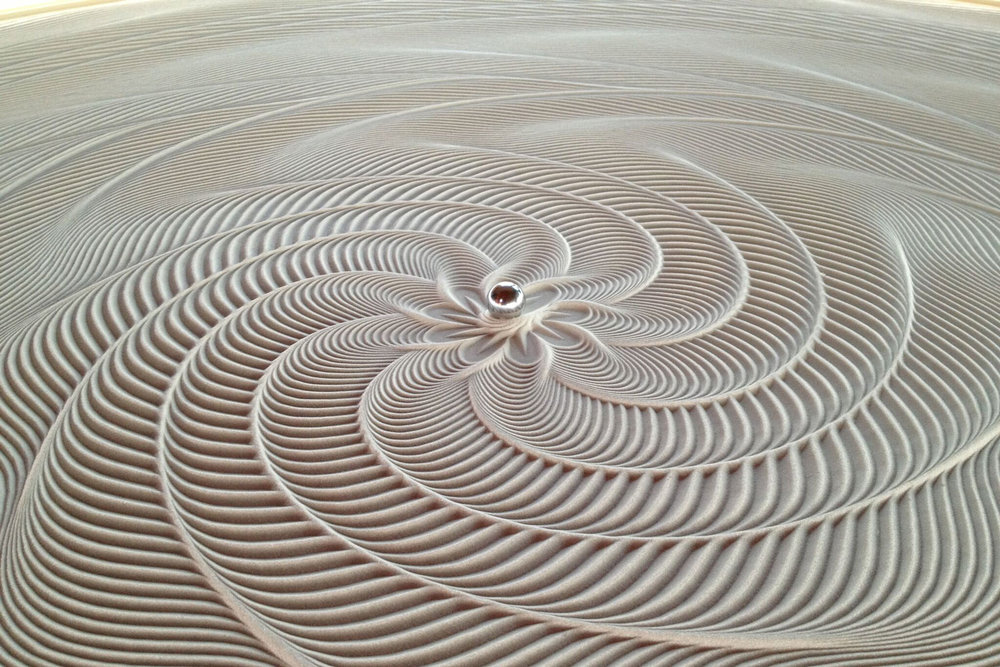 Interior design has achieved such a level of refinement and originality that it can be considered an art form in itself, capable of conceiving and creating real masterpieces.

These creations are far more than mere furnishing features or pieces of furniture: they elicit emotions, enchant and stimulate the mind.

This is certainly the case with the creations signed by Sisyphus, conceived and made by Bruce Shapiro.

These beautiful and exciting works are based on the use of CNC machines to draw geometric patterns on a thin layer of sand by means of a moving steel ball.

The name “Sisyphus” derives from Greek mythology. In the most popular version of the legend, Sisyphus was the founder and first king of Corinth. For failing to honour his part of a pact with the gods, he was condemned to spend eternity rolling an enormous boulder up to the top of a mountain.
The connection with the work is intuitive. 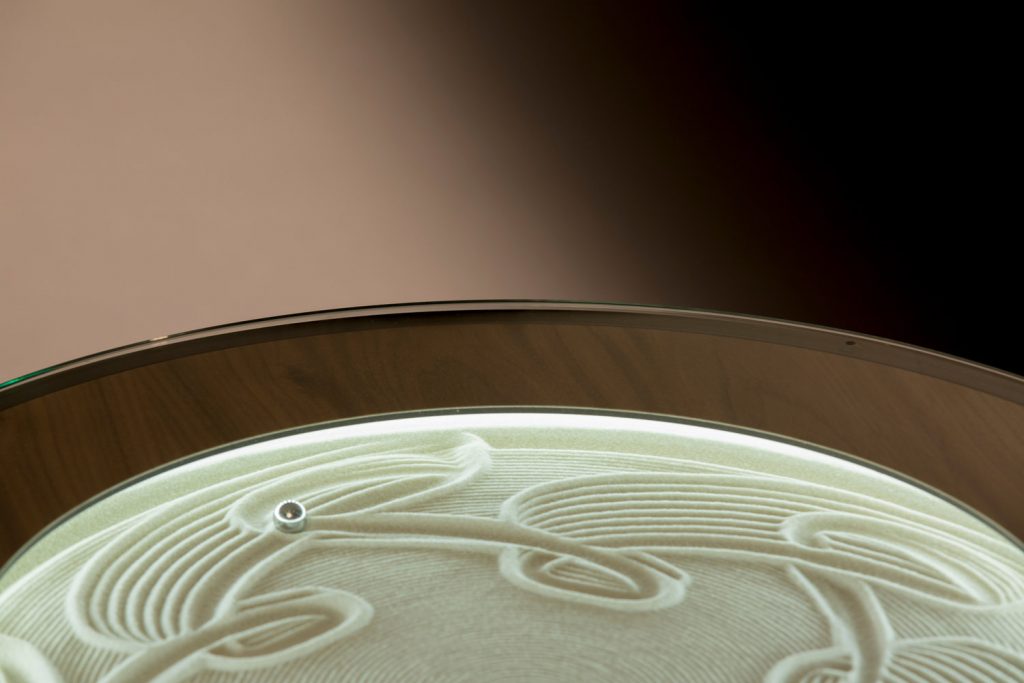 Shapiro likes to describe his works as pieces of kinetic art or as musical instruments: